The Sefton Barrel Racing Facility is located outside Tulsa, Oklahoma. The facility is owned by husband and wife team Gary and Deb Sefton and is located on 30 beautiful acres. Amenities include 3 ponds and crossfencing into 4 pastures with pole barns and a main barn with foaling stalls and paddock, a wash rack and tack room. Feel free to tour! Don't forget to stop by our garden page, we have some shots of our flowers you are sure to enjoy!

lives here, where the primary discipline trained is Barrel Racing. May was bred and raced to a speed index of 84 by Mr. and Mrs. Alvin Brock, and trained as a long three year old for barrel racing and hauled by Deb; May has certainly earned her reputation! She is one of the many outstanding barrel horses produced from the Easy Max/A Sharp Leo cross. To name a few of May's accomplishments: 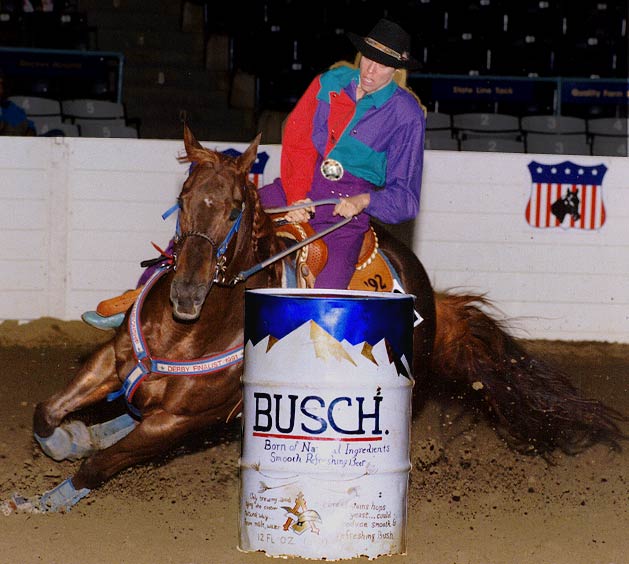 Deb and May winning the first go of the 1994 Congress Budweiser Sweepstakes, Columbus, Ohio.

All our prospects are sold at this time.


Our past breeding program is best presented in chart form below. Click on either the stallion name or the word 'baby' under it to see the stallion or baby from that cross. Click on the mare's name or picture to see her.

Maggie is a palomino daughter of Five To Six (SI 95) and out of a daughter of Magnolia Bar, SI 100, AQHA Champion. This mare is for sale bred to Jet's Pay Day. Sold!

Deb worked for over a decade as a Molecular Biologist for a large biotech corporation. She has a Bachelor's degree in Animal Science, is a Veterinary Technician who managed two animal hospitals, is a Certified Groomer and has enjoyed volunteering at Wildlife Rescue organizations.

In addition, Gary and Deb have owned, bred, shown, packed and participated in parades with several of their llamas. They have especially enjoyed taking their llamas to the Tulsa Senior Center annually. Llama's are allowed inside public buildings by the Health Department, so both seniors and handicapped individuals have enjoyed learning about and interacting with the llamas each year in the comfort of their recreation room.

Thanks to everyone for your great emails. We appreciate them all! 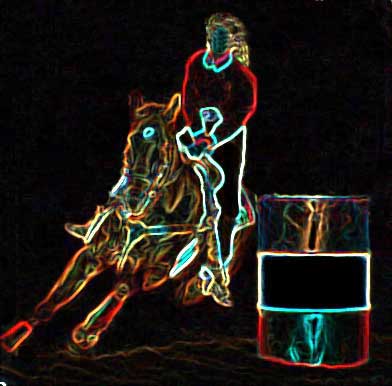 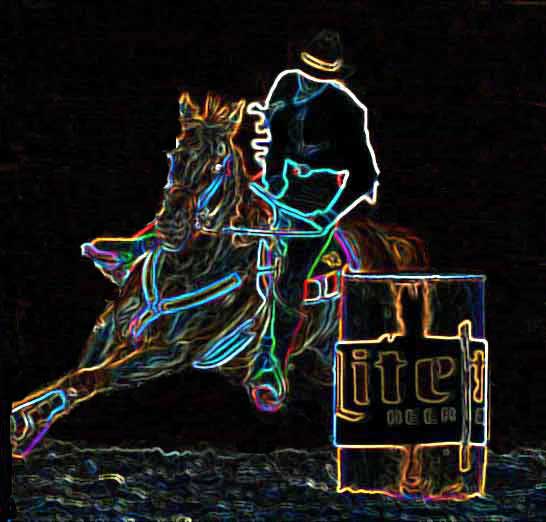